There’s a few different hashtags going on here – this is my New Year, New Army, and joining in the fun with the DZTV Hobbypocalypse, which involved painting 250 points a month of a new force for 6 months along with their Four Horsemen of the Hobbypocalypse series. As part of another project I’m working on, I got a big load of chaos marines in a trade, which included approximately 2000 points of Death Guard from the Conquest series. So I thought I’d have a bit of fun and paint up some really rusty, dirty, ‘dry’ Death Guard using my new best hobby friend, the sponge!

So here is about 260 points of Plague Marines, two squads of 5 with assorted upgrades. I’m really happy with how they turned out, the dusty looking armour, heavily chipped with The Sponge, covered with rust weathering powder, then contrasted with the purple mutations. I wasn’t sure about the bases initially, with plans for churned up mud, but the DZTV discord people suggested some pale sand and I think it works (there’s also some dry yellow static grass hiding on there!)

Just for a bit of fun, here they are with a warm filter on, looking super grubby. Again, really pleased with this worn down, dry look rather than the usual green and puss. I’m not sure if I’ll ever actually play with these guys, it might just be a painting project, they might end up getting sold, or they might be the start of a big mixed nurgle force? We’ll see. They certainly were fun and fairly quick to paint though, so I’m looking forward to painting up more of them, and their characters, daemon engines etc.

As mentioned, this was also tied in with the DZTV Hobbypocalypse, so here’s my ‘card’ from the legendary Stylus. (Though my Ork heart says that I’m team Monkey!) And as we’re now into ‘month two’ I’ve started working on my next chunk…

Sneak peak of what’s to come, another five Plague Marines and a couple of characters. I think again it’s a bit more than 250 but close enough to be in the spirit of things anyway.
Hope you enjoyed this, and I’d love to hear about what you are all doing for new armies and if you are playing along with the Hobbypocalypse. Stay safe!

The Army Painter’s new Gamemaster Dungeons & Caverns Core Set contains everything to start scratch-building terrain: tools, paints, XPS foam, sand, tufts, and more. But the set is actually not limited to dungeon settings, only your imagination will be the limit. If you would like to start making your own terrain just like in the old days, then you need to take a look at this decent value boxed set.

In this post, I’ll show you how to paint Seekers of Slaanesh (or Slickblade Seekers’ steeds or Hellstriders’ steeds) in 25 easy to follow steps. You’ll learn how to thin and blend washes, make coloured metallics and more. Find out how in this tutorial.

The post Tutorial: How to paint Seekers of Slaanesh for Hedonites and Chaos Daemons appeared first on Tale of Painters.

On consideration of a scenario for trying out some hitherto unplayed Napoleonic wargames rules, I decided that Albuera was perhaps better suited to a second game with some or all of the sets, and began looking for a different scenario, preferably one I haven;t gamed before. With my ongoing oparticipation in Jon’s Rivoliu game, a battle from Napoleon’s first Italian campaign seemed attractive. Thuis I settled on the Battle of Castiglione

The overall situation as Napoleon was confronted by yet another attempt by the Austrians to relive the garrison of Mantua (like the following two maps, from David Chandler’s The Campaigns of Napoleon).

Early phase of the battle

The later phase of the Battle.

This Map is from https://wikivisually.com/wiki/Castiglione_1796_campaign_order_of_battle

And yet another map!

Finding a good Order of Battle proved much more difficult. The best I could find was this one from: https://en.wikipedia.org/wiki/Castiglione_1796_campaign_order_of_battle 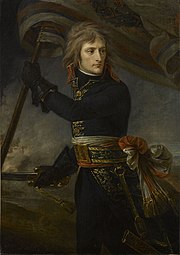 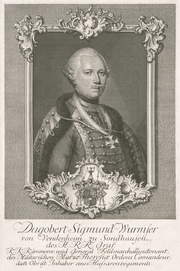 However, it is completely lacking in any detail as to the kinds of troops contained within each formation. I was able to make a rough approximation from more detailed listings for battles earlier and later in the campaign, but in the end wound up just using what seemed reasoable to me from that data and the contents of my own collection.

I settled on the following somewhat generic OOB, which will have to be further adapted to the rules to be played. In any event, I used the following rough conversion of historical numbers to tabletop units:  1 Infantry unit  = 1,000 men, 1 Cavalry unit = 600 men,  1 battery = 8 guns

Deployment Map; arrival of Despinoy, and later Fiorella, will bein part rules dependent.
Now to set up the terrain and troops, and then decide which rules to play first!

Following my Snakes and Ladders Campaign for Tilly’s Very Bad Day I thought I’d do one for Crossfire. This uses the children’s board game Snakes and Ladders as the basis for a wargaming Campaign. The snakes become tribulations and the ladders are campaign successes. So I have made up a board a Snakes and Ladders board but with a more World War 2 flavour.

There is no skill in playing this campaign system as, like the children’s board game, random dice rolls lead to success. If you are lucky, you will win. For me this makes a Snakes and