Part three of the spongey Nid project, and we’re getting progressively larger. I started with all the little bugs, then moved up to the mid sized monsters, and now it’s the Carnifex herd. Six of the living battering rams with assorted bio weapons. As before they were all painted with the sponge technique for the green to give a nice natural look. 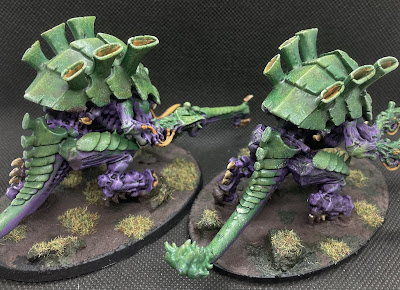 Here’s the shooty pair, fun to paint that big licky tongue and I think the guns work well with the kind of green to purple fade thing these guys have going on. 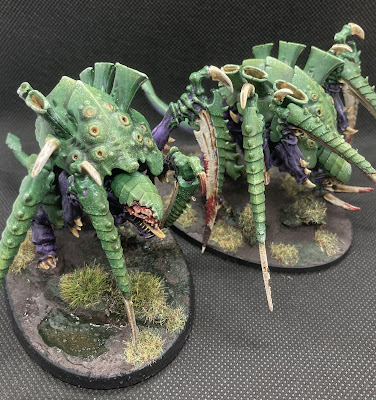 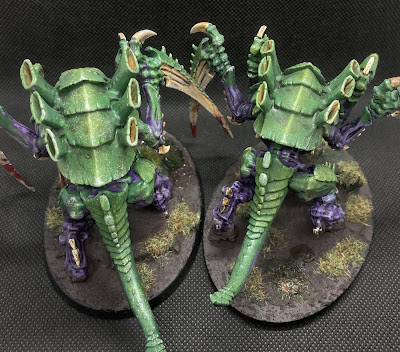 Next, a couple of melee fexes. These have magnets on their forelimbs so they can potentially be swapped out for new weapons at a later date – particularly relevant for the skull faced Old One Eye look alike. Also note – some water effect and lumpy bits on the bases. 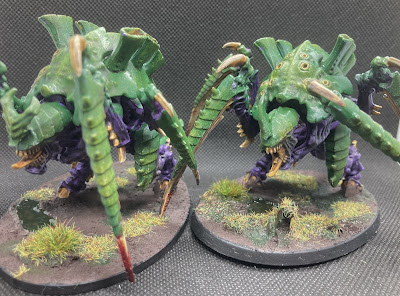 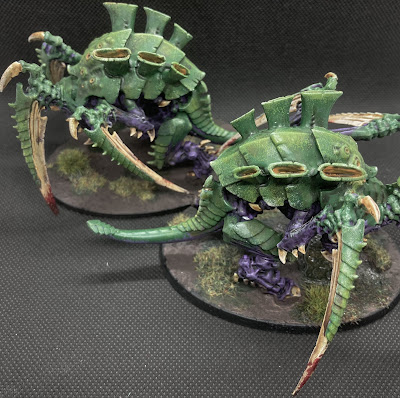 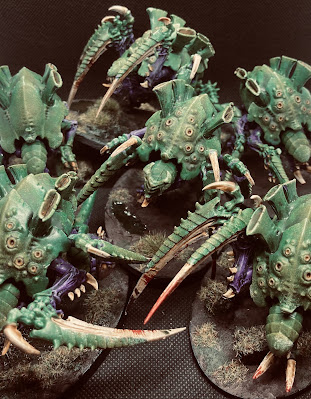 Unsurprisingly they didn’t all fit very well in the light box for a group shot – so here they are all clambering over each other to get at some tasty biomass. Next up will be a bunch of even bigger beasties, so look out for that!
Hope you enjoyed, thanks for looking, and stay safe.