First, let’s be clear; with players of some experience, or solo games, I like Field of Battle just fine as written.  In fact, it’s my favorite game by far!  However, the vagaries of the sequence deck can sometimes be challenging, especially when it is a long time between MOVE cards, which drive much of the game’s energy. Hence the following thoughts, which I plan to employ at the next FoB game I will be running, the battle of Eylau, February 8, 1807.

For FoB3, each side’s sequence deck has almost the same composition: 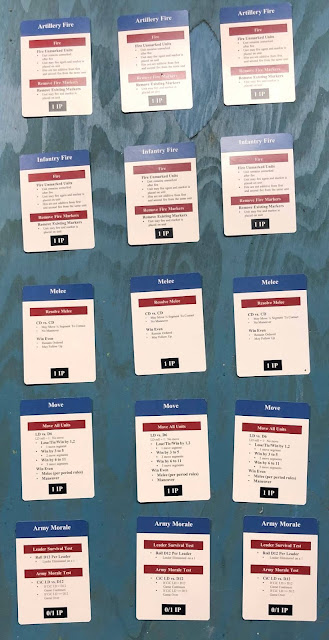 2 Each:
TACTICAL ADAVANTAGE
1 Each:
MOVE ONE COMMAND 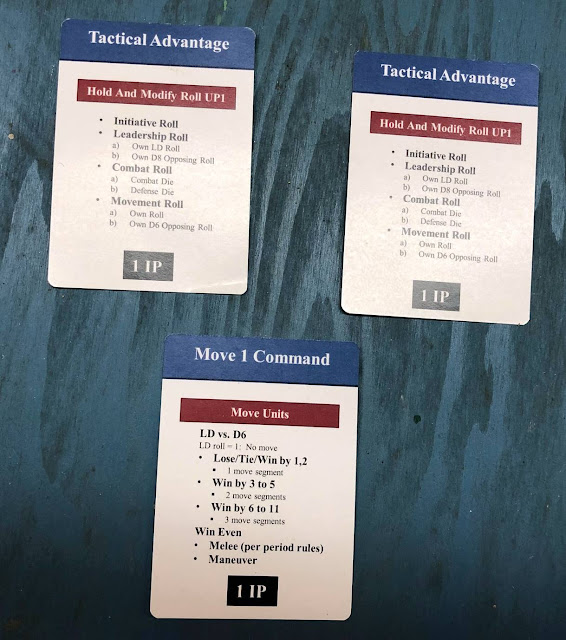 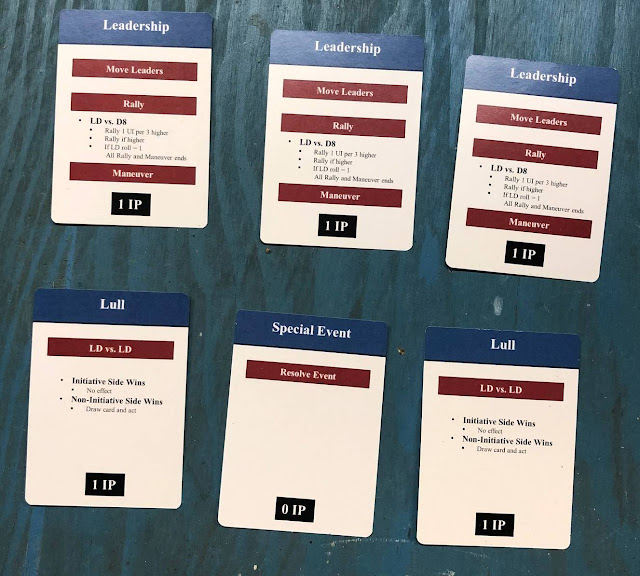 Without unduly changing the character of the game, it could be played with small 10 card decks, with one each
MOVE
MELEE
ARTILLERY FIRE
INFANTRY FIRE
ARMY MORALE
LEADERSHIP
TACTICAL ADVANTAGE
LULL
UNIQUE EVENT
MOVE 1 [D6] COMMAND[S]
The MOVE ONE COMMAND becomes Move D6 (or it could be D4, or D8, etc depending upon the game/size), BUT the commands activated cannot belong to the same player (unless there are more activations than players, but even then no more than 2 per player). This is mostly to avoid players standing around with little to do.
For Eylau, the  UNIQUE EVENT card will be used as follows:

Each time the Russians turn the card, roll a D6; on a “1” heavy snow develops. All movement is halved, and all fire takes place at one range band farther than measures; no long range fire is possible. Once heavy snow begins, it lasts for the rest of the game; no need for any additional rolls thereafter!

For both sides, may propose a special action for any ONE unit or officer.

GM will judge if the action succeeds, or if there will be a die roll to determine success.

Also, for Eylau, at the start of the game, roll for one special characteristic for each player; it may be assigned by the player to any one officer they are playing: