Skip to content
In a first for me, this year I ran a game on Sunday morning; as is traditional (due to quick set up and take down times on the last day of the show), it was a Naval game. 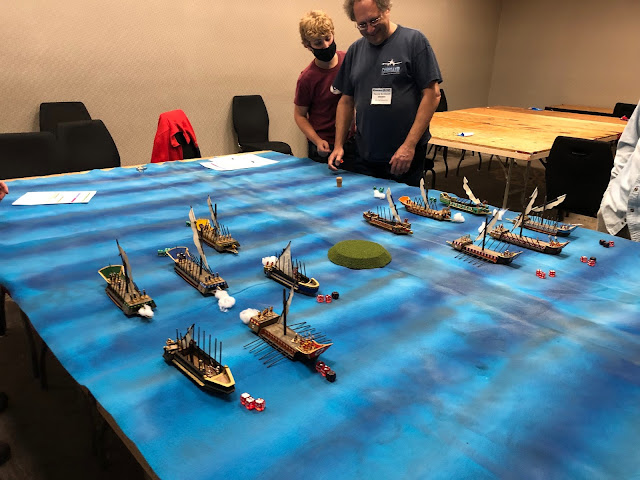 I had two fellows my general age signed up for the game, and then a Dad and his two teenage sons passed by, liked the looks of the game, and asked to play. In the course of the game, it turned out that the trio was from New Paltz, NY,  and the young men had played in a HMGS Next Gen sponsored game held at their local library earlier in the year. 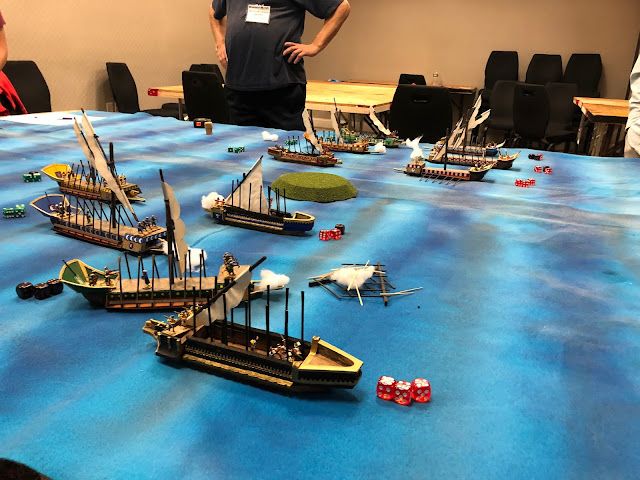 The rules used were lightly modified “Galleys and Galleons”, by Ganesha Games.
The ships are a combination of scratch built ones made by Bill Abrams (Anyone remember the Sapper’s Report in the old NEWA courier?) over 40 years ago, and resin ships from Merimack/Old Glory shipyard, with 15 mm crews. 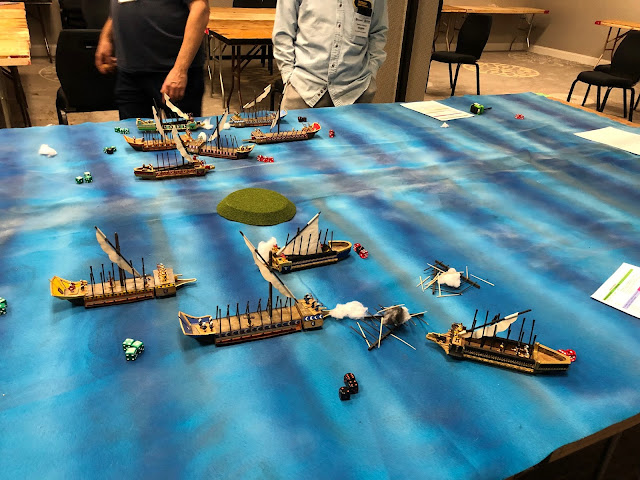 The opposing Ottoman and Venetian squadrons got mixed in straight on, and before you could say “Lepanto”, each of the squadrons had lost a ship. 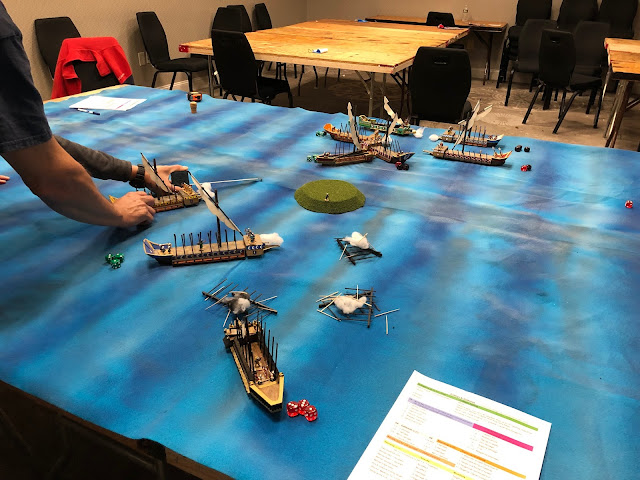 The players developed a fondness for ramming, as well as shooting with their bow mounted cannons and soldiers. Boarding seemed “dicey”, so ultimately no one tried it! 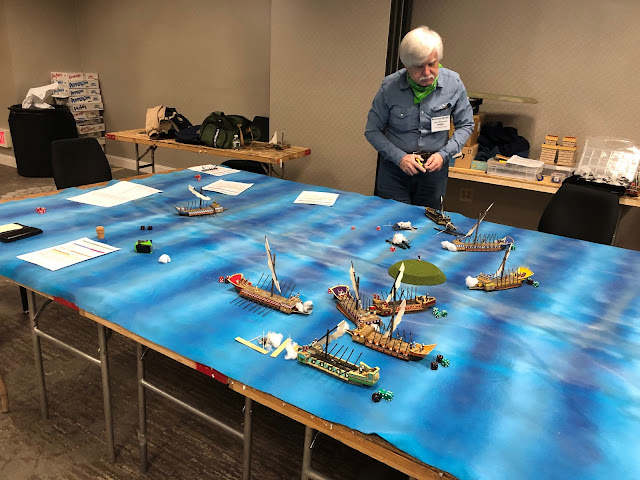 Black Dice mean trouble; with three a ship is cripple, and with 4 it will sink outright! A hit changes one of the regular dice to Black. 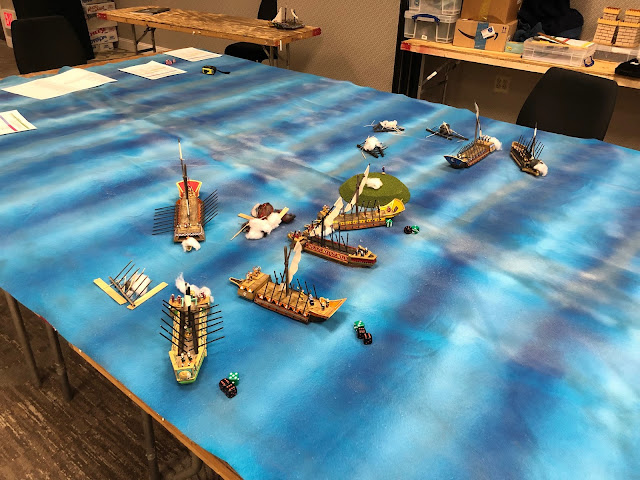 Situation at game’s end; the Turks prevail, having dispatched 4 Venetian ships for a loss of only one of theirs… although, as you can see, the remaining ships some have a lot of damage themselves!

The game was a lot of fun, with dramatic moments and quickly learned rules. The game finished in less than 2 hours. Perfect for a Sunday morning adventure!

I think I need to tone the ramming down, as it was a bit too effective and low risk for this era. Just a minor tweak or two should do it!