Invading Barbarians descending upon the realm from across the Sea…what’s a Mummy to do? 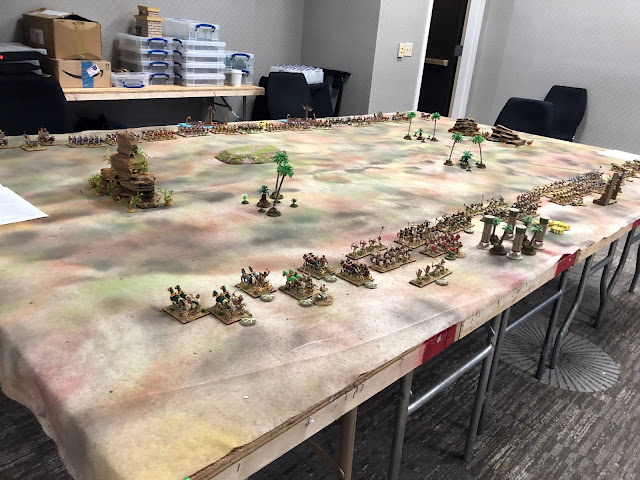 Pharaoh Ramses II, who barely survived the serious wound he suffered at the Battle of de Nile, musters his army to repel the invasion. 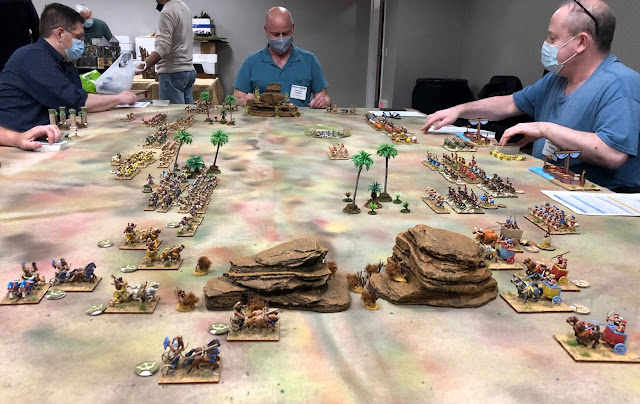 The terrain features some impassable rock outcroppings on either flank, and a few Palm groves. 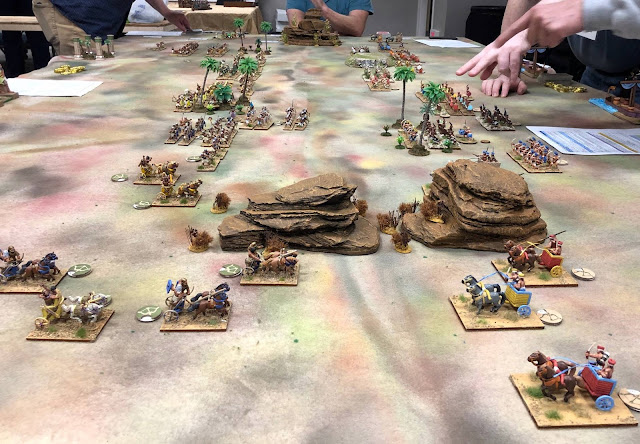 For tactical interest, I rated the Pelset Ox Carts as Chariots, Raw… which was fairly generous. 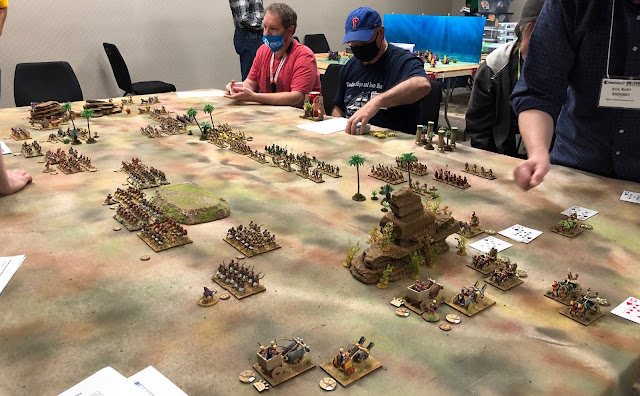 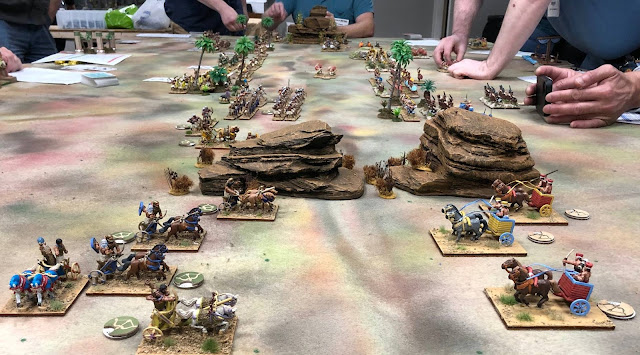 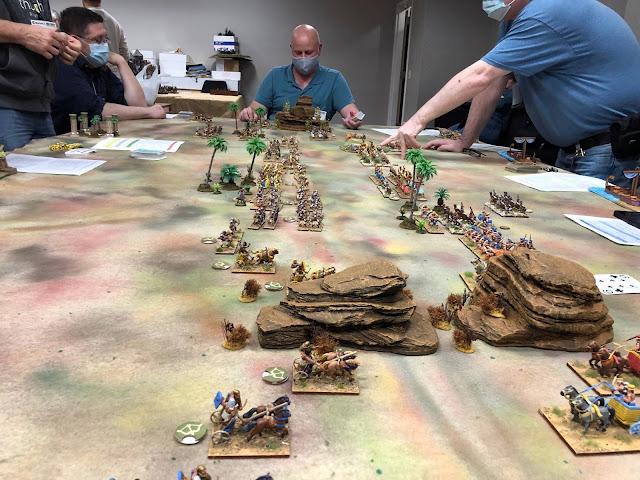 They use their archery skills to try to pick off their foes. 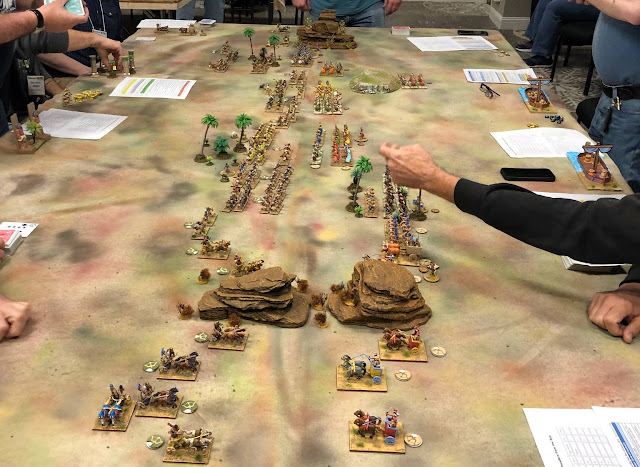 The infantry close in the center as well. 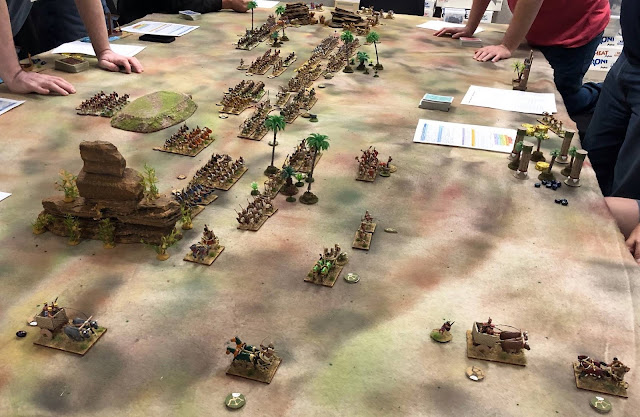 On the opposite flank, the heavier Ox Carts drive off the lighter Egyptian chariots. 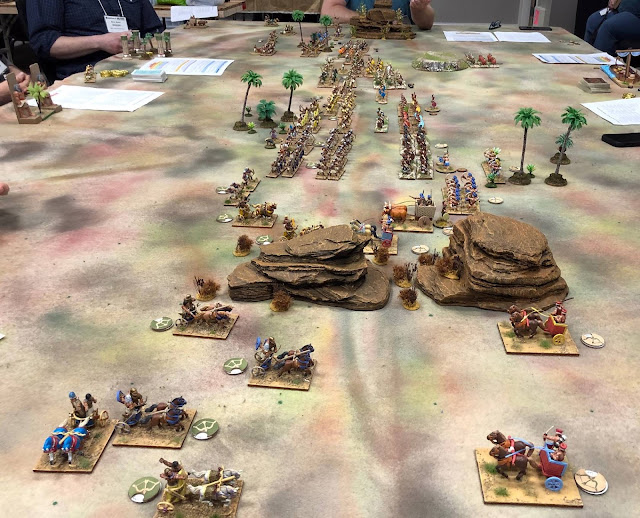 Massive infantry battle in the center. According to the inscriptions, Ramses II personally picks off one of the enemy chariots. 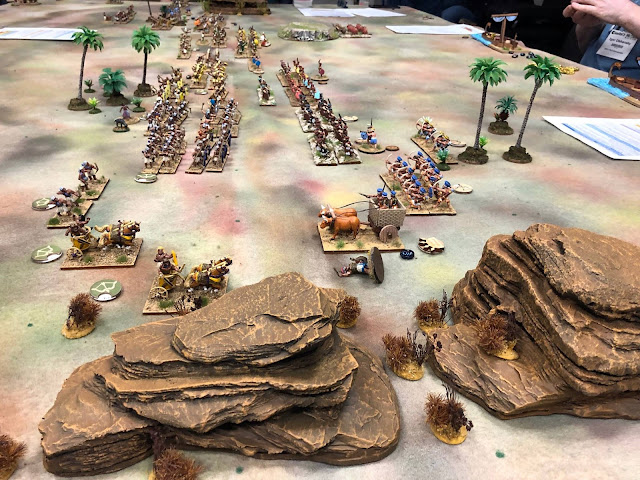 A Peleset General is struck down. 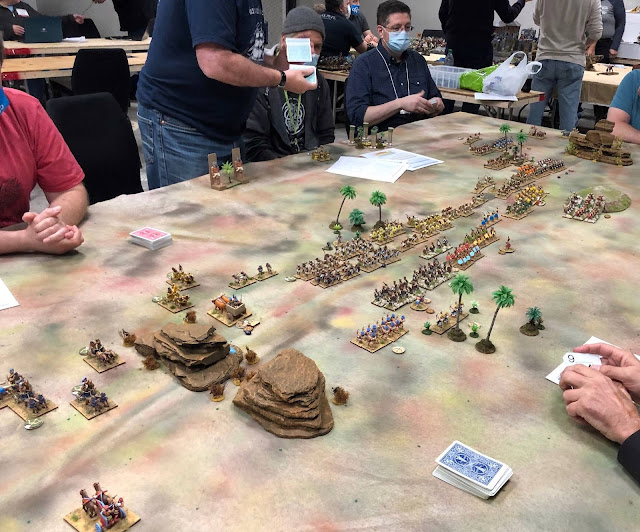 More close action in the center. 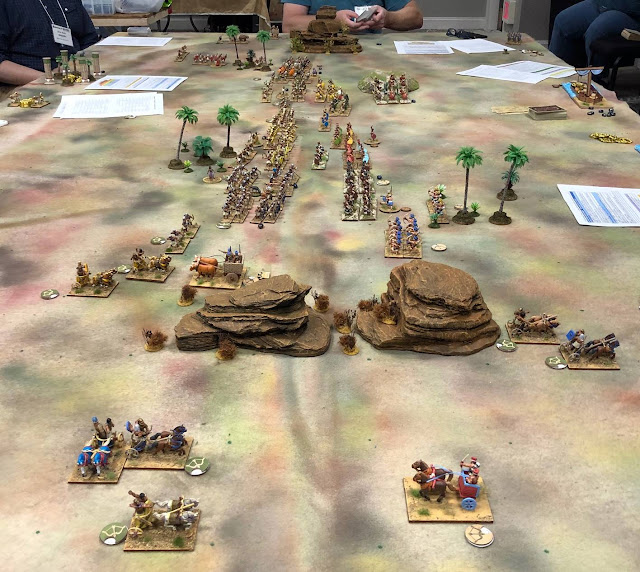 Thunk, thunk, thunk… and another one bites the dust! Once again Heiroglyphics will record Ramses prowess as the the source of Egyptian dominance on this flank. 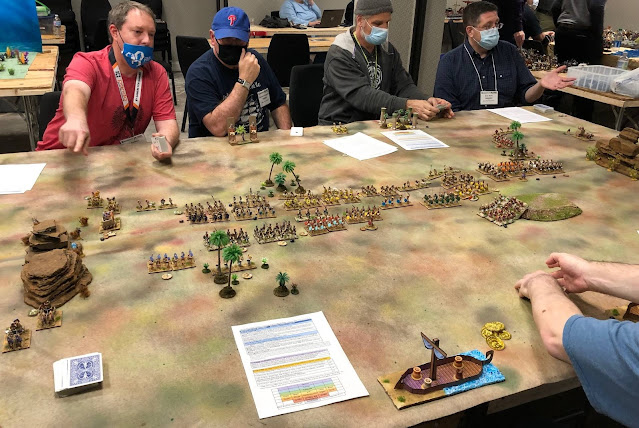 Egyptian light chariots turn the flank of the Sea Peoples… but on the opposite side of the table, the sandal is on the other foot! 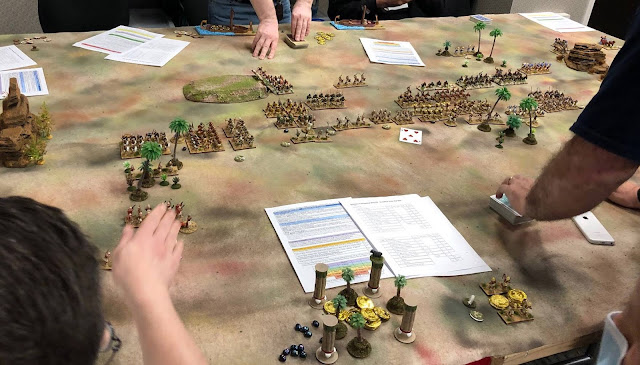 Crunch time; everyone is in on the action! 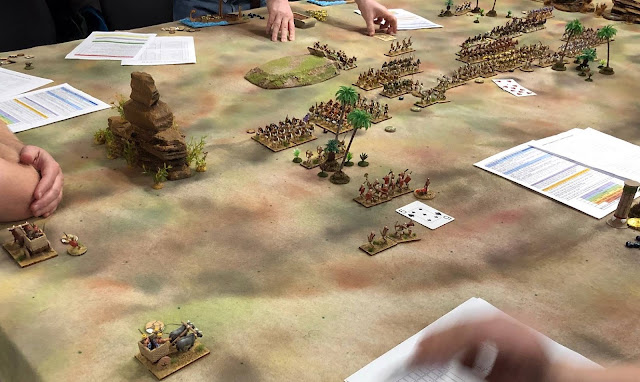 Situation on the Egyptian left; oh my anking flank! 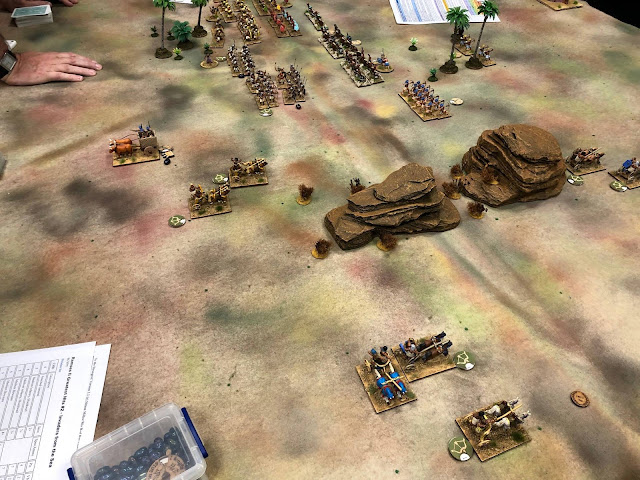 The sole Ox cart on the Egyptian Right over runs some light infantry…. but leaves itself exposed in turn. 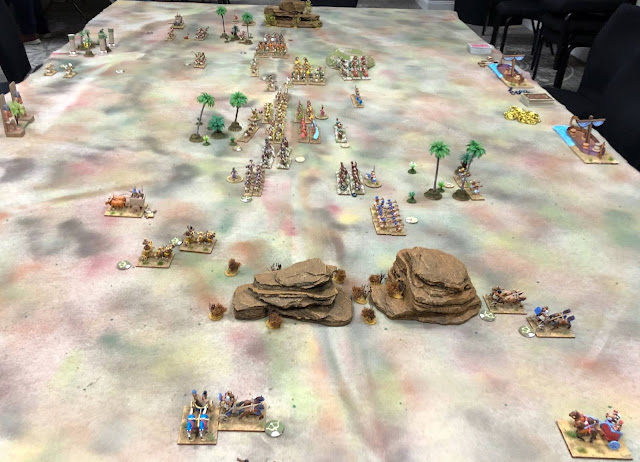 In the center, the infantry battle has favored the Sherdan warbands.

The Egyptians surrender their last Victory medal, and with draw to regroup. 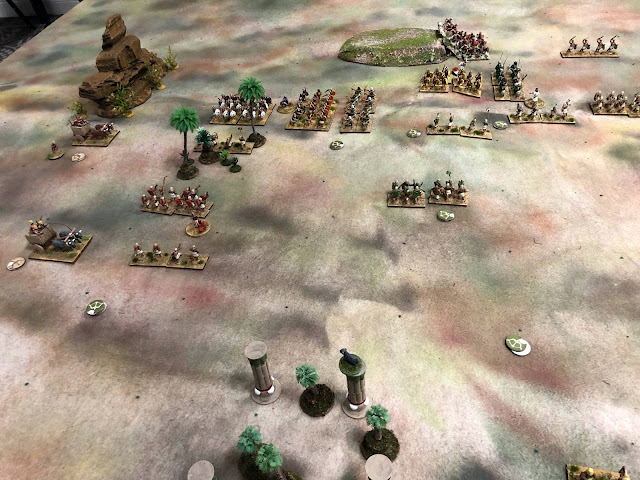 End of game shot of the Egyptian Left. Despite the loss, Ramses can boast of his personal performance, and survived with out injury. There is time to muster more troops and confront the invaders again another day. Meanwhile, the enigmatic Sea Peoples start to set up shop in their little corner of Palestine!

Note that many of the Sea Peoples troops (Shekel

esh warbands) were originally from the collection of Bill McHugh. Bill was from the Los Angeles area, played enthusiastically in many of my Historicon games of the past 10 years, including my big Punic Wars game at Historicon 2018, where he commanded the Carthaginian ambush force. Sadly, he died suddenly not long after that, and his friend, Jeff Grein arranged for me to obtain his Sea Peoples (and Hittite) troops, who proudly fought to victory today. Sadly, I also recently learned that another old friend from the Historicon Piquet/FoB clan, Terry Schockley, of Denver, Colorado, has been severely ill and enduring a lengthy hospitalization. Terry, his dry wit and his dice tower were sorely missed.

A very Happy and safe Thanksgiving to all in the US! We have made much progress against COVID, but it is very much still with us and effecting our lives.