Nearly at the end of the Pallid Hand Death Guard project, and I think that this lot are probably my favourites of the bunch. There’s just something weirdly cute about the little Death Guard daemon engines… 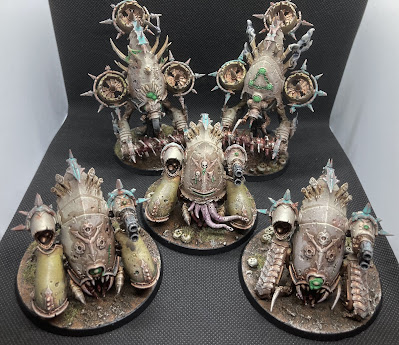 So we’ve got three Myphitic Blight-Haulers and two Foetid Bload-drones with Fleshmowers. Again, similar method to the rest. Sprayed brown, zenithal spray bone, metal roughly painted in, contrast paints for some colour then sponged highlights all over, with a final bit of Hexwraith Flame for some green glow. 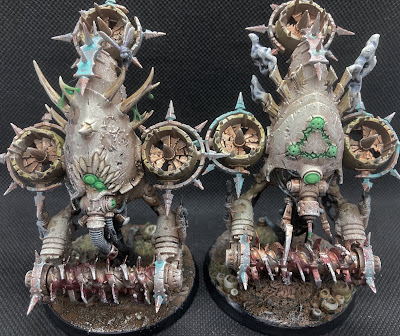 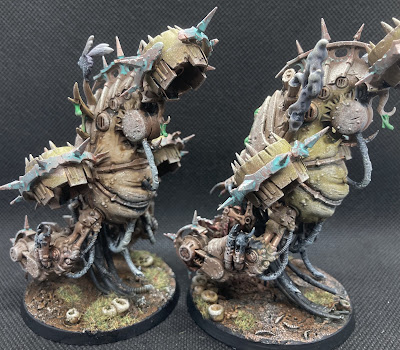 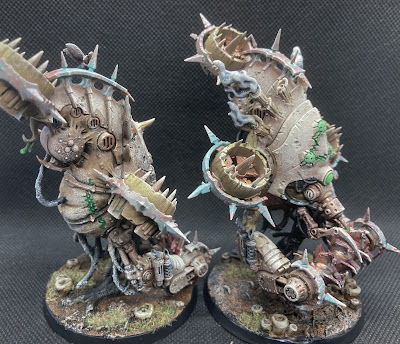 The Bloat-drones are pretty much the stock kits, though one has a large resin base, while the other has plastic and greenstuff. As with the daemons I opted for some different coloured ‘fleshy’ bits, though I don’t think it’s super obvious on these guys behind their armoured shells. 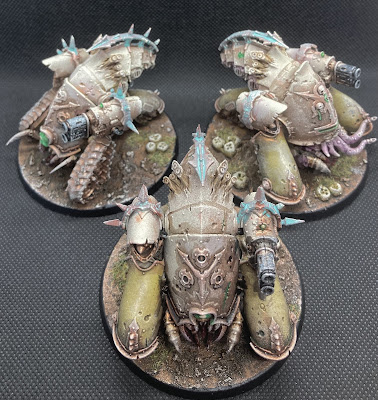 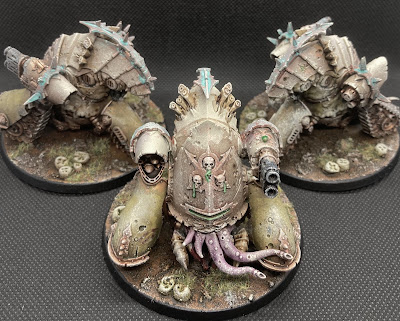 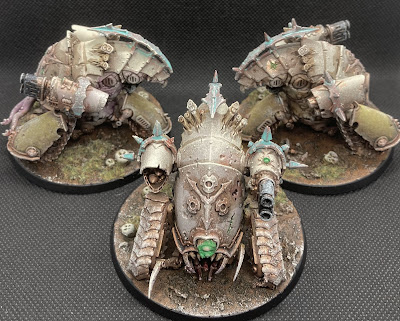 The Blight-haulers on the other hand, being a single easy to build kit, received some conversion work. I used spares from the Bloat-drones and the Beasts of Nurgle to make one with a unique front and some tenticles, and another without the track armour but with extra stabby claws. I didn’t have any resin bases big enough for these three so they are all on plastic with greenstuff bits. 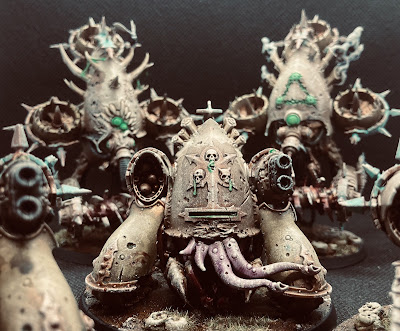 And there we have it, personally I’m very pleased with these five models, and I hope you like them to. Next up on the blog will be the final wave (maybe…) of the Pallid Hand project with some more Plague Marines and Terminators. Thanks for reading, and stay safe!