As mentioned recently, I’m soon to be attending a tournament with my Alpha Legion, and so I’ve been doing a bit of tweaking to existing models to get them ready for the event. First up, the Dark Disciples that will follow the Dark Apostle around. Currently I use some of the Chosen minis from the old Dark Vengeance box for many of my characters, including the cloak/mace guy as the Dark Apostle. I’m happy enough with this, he looks the part, but he didn’t have any little chaos choir boys with him, so when I used them I picked a couple of Cultist champions that I wasn’t using. I think standing next to the Apostle has spread the touch of chaos to them a bit… 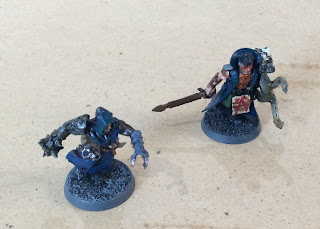 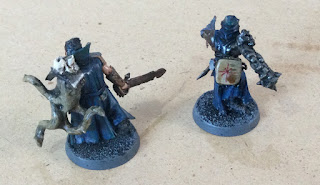 As you can see they have  both received some significant mutations, and are carrying some extra unholy texts, candles and whatnot. I think this does the trick, they definitely look like they have sacrificed much in following the chaos powers.

Next, I had a look at my two Hellforged Contemptor Dreadnoughts. They are the plastic ones, so a bit basic, but they had already been converted up to be swiveling at the hip for a bit more movement, and to have a scaled breastplate to be a bit chaos-y. Their old loadout of multi-melta and power fist wasn’t really cutting it though, so I decided to attack them with magnets. 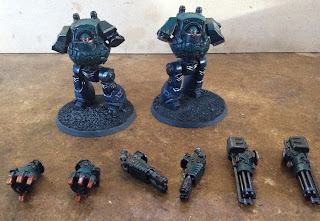 Luckily for me, I still had the Kheres assault cannons in my bits box, so I was able to paint them up as well. I also had to adjust one of the powerfists to be right handed so I could make a dual wielding fist dread. For the magnets, I had some wide, flat magnets sitting around that I’d bought on a bit of a whim, and they fit fairly well as the Contemptor’s upper arm joint after cutting away the arms just above the elbow. 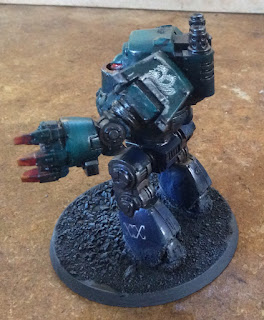 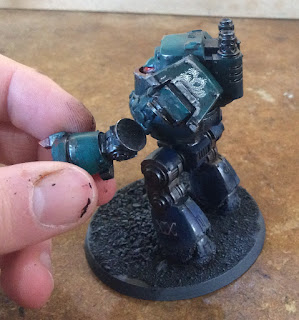 As you can see, it’s a slightly basic solution, but it does the trick. With this build any of the arms can fit on any slot, with a large degree of flexibility in the pose as well. Here are some examples: 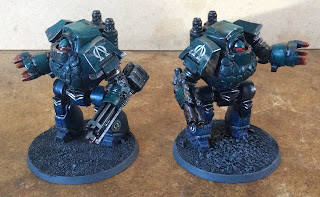 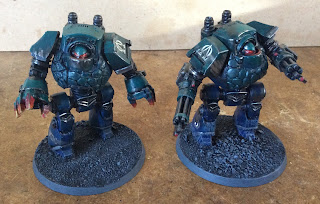 So there you go. Turns out my first hobby project of 2020 was actually updating the Alpha Legion. They just snuck in their unannounced and got it done. Very appropriate.

Disclaimer: This web site is completely unofficial and in no way endorsed by Games Workshop Limited, Mantic, Warlord Games UK, Privateer Press or any other brand or manufacturer  registered in the UK or other countries around the world. Used without permission. No challenge to their status intended. All Rights Reserved to their respective owners. Non-commercial use only.